Top Stories from Independent Journalists Across the Web
Tucker Carlson unloads on Pfizer and Big Pharma over rising trend in suicides, mass murders
By newseditors // 2022-07-08
Mastodon 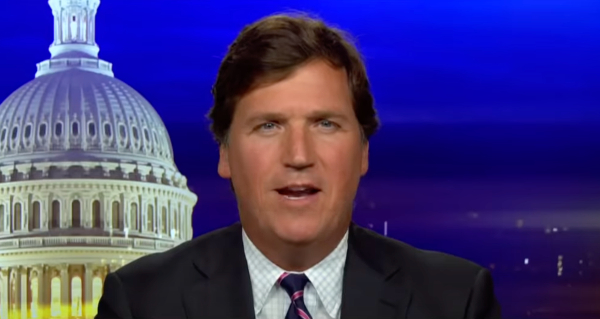 Fox News host Tucker Carlson took aim at the pharmaceutical industrial complex and the prevalence of SSRI medication in America while senseless violent crimes trend higher year after year. (Article republished from Infowars.com) Carlson laid out how the recent spate of mass shootings in Buffalo, New York, Uvalde, Texas, and now Highland Park, Illinois were all committed by mentally ill and culturally isolated males. “A lot of young men in America are going nuts. Are you surprised? And by the way, a shockingly large number of them have been prescribed psychotropic drugs by their doctors, SSRI or antidepressants and that would include quite a few mass shooters and keep in mind, again, these drugs are meant to prevent crazy behavior and yet there seems to be a connection,” Carlson said Tuesday during his monologue on “Tucker Carlson Tonight.”

Tucker Lists Off The Many Shooters Who Were On Psychotropic Drugs pic.twitter.com/dxUD6xkI3j — The Columbia Bugle ?? (@ColumbiaBugle) July 6, 2022

Carlson then sounded off on all the mass shooters who were on prescription meds when they committed their heinous crimes.

Eric Harris, the columbine killer was on Zoloft and Luvox. A year earlier, a 15-year-old called Kip Kinkel shot his parents and dozens of classmates. He was on Prozac. In 2005, a 16-year-old called Jeff Weise killed his grandfather and ten kids in Minnesota. He was on Prozac, too. So was 27-year-old Steven Kazmierczak who murdered six people at Northern Illinois University. In 2012, you may recall when 25-year-old James Holmes walked into a movie theater and shot 82 people. He was on Zoloft.   The list goes on and on and on and on. It includes the shooter at the Washington Navy Yard in 2013. That would be 34-year-old Aaron Alexis. It also includes Dylan Roof. He’s the 21-year-old who shot up the church in Charleston. Now, he was apparently a racist, and we’ve heard a lot about that. Fine, but we’ve heard next to nothing about the fact that he was taking SSRIs, he and many, many others. You’re not supposed to notice, but some have.

Carlson pointed out that between 1991 and 2018, the total SSRI prescriptions in the U.S. rose by “more than 3,000%.” “3,000%. Did it work? Let’s see. Over the very same period, the suicide rate in the United States jumped by 35%,” Carlson said. “Did it work? Well, millions of people got on anti-suicide drugs and we wound up with many more suicides. So, maybe it’s not working. Is it possible it’s making the problem worse, you think? Well, let’s see. Mass shootings also increased dramatically over the very same period. Here’s a chart that shows it. Now the halfwits on Twitter always scream the same thing. Correlation is not causation. All right. Whatever that means, but tell us, halfwits. What is going on exactly? What does that chart mean?”

Tucker shows how over that same period of time suicides and mass shootings didn't go down, but instead went up. pic.twitter.com/DWXHLt1VEI — The Columbia Bugle ?? (@ColumbiaBugle) July 6, 2022

— The Columbia Bugle ?? (@ColumbiaBugle) July 6, 2022 Despite this data and the Food and Drug Administration openly admitting SSRI meds are “dangerous,” the media is ignoring this disturbing trend, Carlson pointed out. Why? Because, in part, they’re sponsored by the very same pharmaceutical giants peddling these harmful drugs. “This seems like a massive and extremely obvious problem, extremely obvious. People aren’t themselves. They’re taking drugs that appear to be causing the behavior that drugs are designed to prevent,” Carlson noted. “Why don’t they talk about this on TV? Oh, let’s see. In 2020, the pharmaceutical industry spent more than $4.5 billion advertising on national television in this country. Now, how much is that? Well, to put it in some context, Pfizer spent more on advertising in 2020 than it did on research and development.”

Tucker Carlson: "In 2020 the pharmaceutical industry spent more than 4.5 billion dollars advertising on national television in this country." pic.twitter.com/saHg9aOB05

Pfizer’s business strategy to enrich “fanboy” media organizations with advertisement cash during COVID certainly paid off despite the documented risks and ineffectiveness of its COVID vaccine, Carlson pointed out. “But it wasn’t a bad decision. It was a great decision. Pfizer’s revenue doubled last year to more than $81 billion. Now, how do they do that? Well, the ad campaign paid off,” Carlson said. “It helped convince politicians to require the entire population take Pfizer products, products that don’t work as advertised, that have killed large numbers of people and whose side effects are indemnified against lawsuits by the United States Congress. That’s quite a business model. You might think it could be a subject of a media story, but no. No stories on Pfizer. They’re paid to be fanboys of Pfizer. Therefore, they are.” And for these reasons, Carlson said, the media will be more focused on disarming the population than addressing the prescription drug epidemic that is partially fueling these mass killings. “Don’t hold your breath waiting for CNN or Good Morning America to do a hard-hitting investigative piece on the potential connection between prescription drugs and violence,” he added. “Probably not going to happen since they sponsor those channels. They’re going to keep telling you it’s all about guns. It’s all about guns.”

Tucker Carlson: "Don't hold your breath waiting for CNN or Good Morning America to do a hard hitting investigative piece on the potential connection between prescription drugs and violence." pic.twitter.com/VBnKGBQRWF 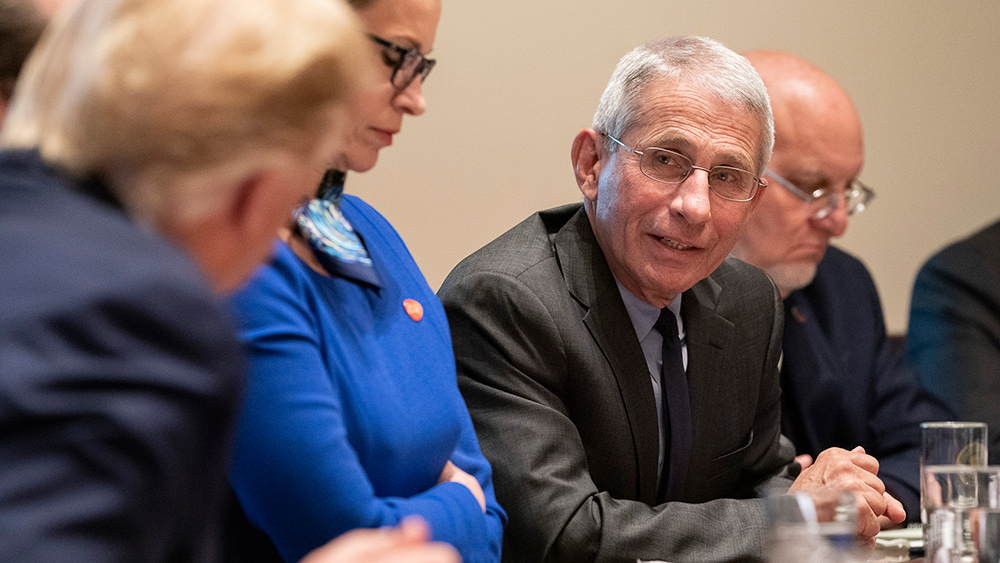 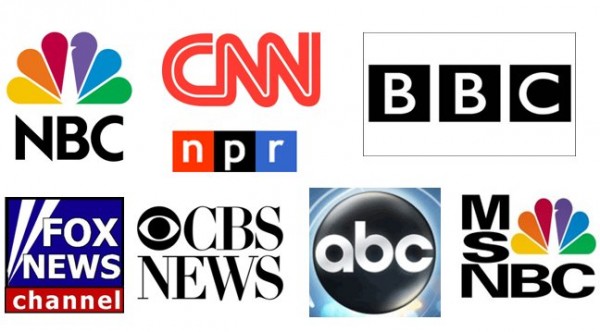 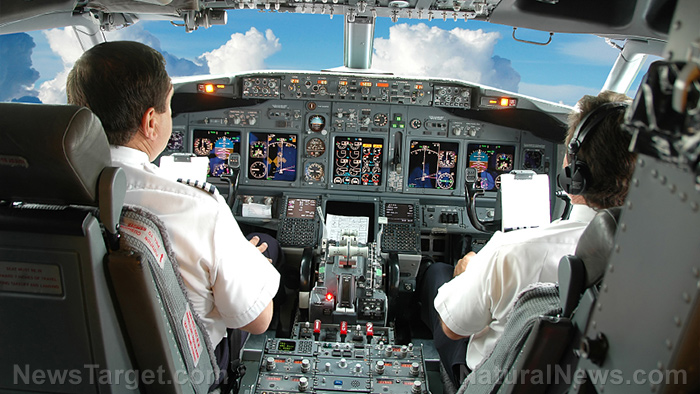 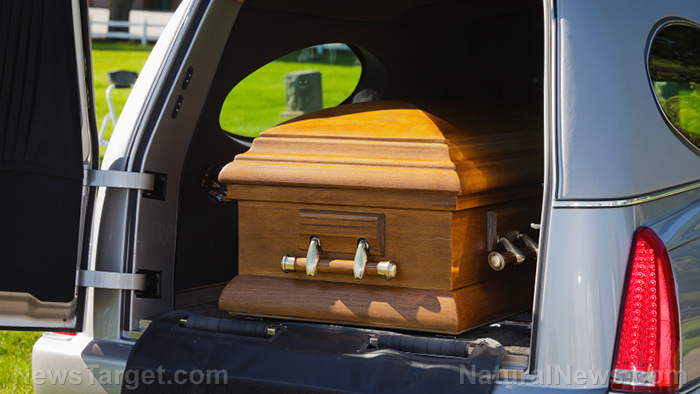 Casket manufacturer says orders for children’s caskets are flooding in 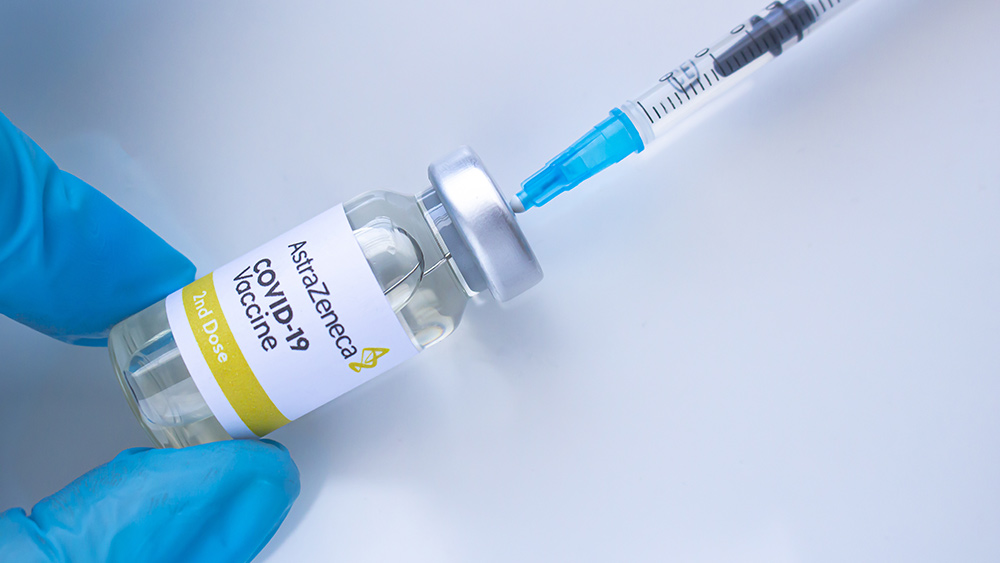 Hepatitis outbreak of unknown cause among children a direct result of AstraZeneca’s COVID “vaccine,” says virologist